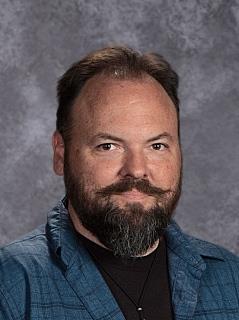 Mr. Humphrey received his Master's degree from the University of Northern Colorado in 2018 in Theatre Education and Bachelor of Arts degree in Theatre Directing from the University of California, Fullerton in 2001, has been teaching Language Arts, Theatre, and Creative Writing for the last eight years.  He is an author, a voice-over artist and podcaster, and has won various awards including Best Actor and Best Director during his theatrical endeavors along the Front Range and throughout Southern California.  Mr. Humphrey also appeared in the movie, Deep Impact, as a small red dot in a sea of high school students in an auditorium where he slept through the actual filming process. His wife teaches at Greeley West High School making it impossible to sit together at any Central vs. West sports events, and they have two young boys who are the most inspiring and mischievious little rockstars!