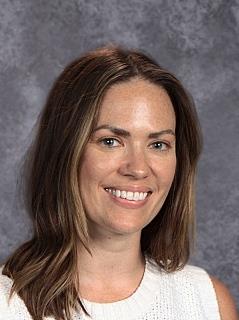 Christy O’Connell-Black began her dance training with traditional Irish Step Dancing in Plymouth, MI where she traveled the country competing, taking second place nationally at age 7.  At age 15, she joined Michigan Classic Ballet Company for 4 seasons before attending the University of Northern Colorado on scholarship. Christy received her B.A. in Dance Performance and Choreography in 2002, while acting as ballet mistress with Colorado Dance Theatre. Since graduating, Christy has danced with a variety of regional dance companies, performed in national commercials, and has continued to choreograph for groups such as the University of Northern Colorado’s theatre/dance department, Monte/Black Dances, and various Colorado high schools.  Along with completing her M.A. in Theatre Education at UNCO in 2010, she has pursued a wide variety of endeavors in recent years including being a resident choreographer for Greeley’s first professional dance company: 8th St. Contemporary Dance Co. and having her work selected for the New Visions Dance Festival.  Christy has danced and choreographed for  “Miranda’s Nightmare” since 2005 and has directed/produced the annual Arts Gala for the GCHS Arts Magnet Program since 2008.  Christy is currently Greeley Central High School’s Arts Magnet coordinator and dance instructor, the adjunct ballet professor, and the co-coordinator of the new Dance Education M.A. program at UNCO. She has most recently served on the Content Collaborative Committee in dance for the CO Dept. of Ed. as the state designs K-12 assessments and curriculum in the field of dance education.  This summer, she enjoyed time spent with her 4 year old little bug, Laynian and husband Monte.