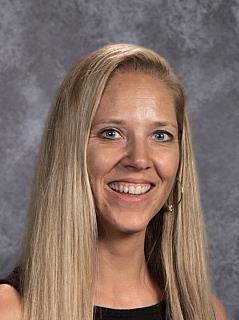 Je m'appelle Madame Larson-Reyes, and I'm extremely excited to have the opportunity to teach French in Greeley, Colorado. Originally from Fond du Lac, Wisconsin, I moved to Colorado in June of 2015 with my husband Ramon and two kids, Alexandre and Gisele, in an effort to get closer to family. I graduated with a double major in French and dance from the University of Wisconsin-Milwaukee. In addition, I also hold a master's degree in Curriculum and Instruction from the University of Wisconsin-Whitewater. While earning my master's degree, I became certified to teach English as a Second Language (CLD in Colorado). I also studied for a semester at the University of Paris IV-la Sorbonne in Paris, and lived and worked in France for a total of 2 years as an intern at IMG Artists in Paris, as a waitress in a cafe, and as an English teacher in a French high school in Toulouse. Upon returning to the U.S., I received my French teaching certification and taught high school French in Wisconsin for 15 years before moving to Greeley. I am also a trained dancer and have performed and choreographed professionally.