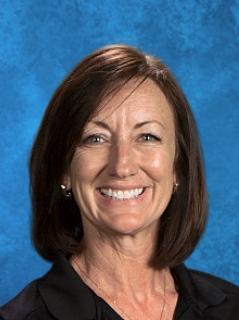 Ten Things You May Not Know About Mrs. Starkey :

*Best Friend: My husband, Derek  He is a Master Sergeant in the Colorado Army National Guard, so we live the Army life together (and sometimes apart).

*Hobbies: See "Greatest Accomplishment" above; Army wife and mom, playing with my grandsons Lucas and Caleb, reading, and cooking.  I also love to work in my garden, and recently completed my Open Water SCUBA Diver certification

*Neighbor:  I've lived in the neighborhood for 19 years, and love seeing McAuliffe students and families at the park, at the pool, and on my walks.

*Family Business: I am the daughter of two exceptional teachers (now retired), and my sister and I both teach fifth grade!

If you love spending time with a great book, try one of these fantastic reads.  These are some titles you might want to scoop up on your next trip to the library.

The Genius Files: Mission Unstoppable by Dan Gutman  -  We went to Nebraska and visited the two-headed cow... I have a picture!

The Fourth Stall by Chris Rylander

Bloody Times: The Funeral of Abraham Lincoln and the Manhunt for Jefferson Davis by James L. Swanson

The City of Ember (series of 4 books) by Jeanne DuPrau

Gregor the Overlander (series of 5 books) by Suzanne Collins

The Fire Within by Chris D'Lacey

Half Upon a Time by James Riley

The Isle of the Lost by Melissa De La Cruz

A Tale Dark and Grimm by Adam Gidwitz

Chains  and Forge(sequel) by Laurie Halse Anderson (Loved her Fever, 1793, as well!)

The Storm Before Atlanta by Karen Schwabach

Fire From the Rock by Sharon M. Draper

Letters from a Nut by Ted L. Nancy