It was her maternal grandfather who worked to ensure Bianca Hernandez Vasquez could read and write in her native Spanish language.

“He was the one who motivated me to learn,” Bianca said. “Knowing that I can converse with others in my family and my community means I can really show up in my culture.”

Bianca, a senior at Greeley West High School, is one of 131 Greeley-Evans School District 6 students who have qualified to receive the Colorado Seal of Biliteracy for high school diplomas. This is the first year the Seal of Biliteracy has been available in the state of Colorado.

A Seal of Biliteracy is a credential given by a school or school district recognizing students who have studied and attained proficiency in two or more languages by high school graduation. It was made possible in 2017 through Senate Bill 17-123, and provides avenues for students, through testing and other evidence, to earn the credential.

Bianca gained her seal by taking the Advance Placement Spanish exam. She is also studying French and will be taking the IB French exam next week.

Mohammad Branham, a senior at Greeley Central High School, is fluent in Indonesian and several sub-dialects of the language. Because there is no exam for Indonesian, he completed a capstone project that provided evidence that he could write, read, speak and listen to the language.

Mohammad spent 10 years living in Indonesia with his native Indonesian mother and became fluent in the language. He is fluent in English and is also teaching himself Korean. 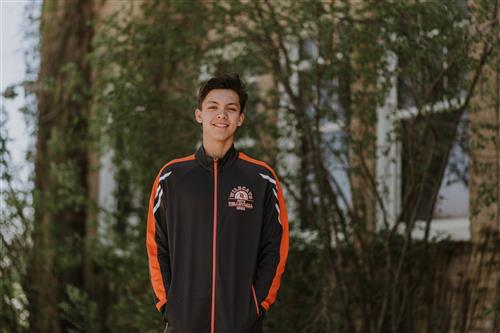 Preserving their biliteracy is important to both Bianca and Mohammed. They know that being proficient in multiple languages will be beneficial in their careers and in life.

“It provides me more opportunities ahead and a jump start on my future,” Bianca said.

District 6 is one of 48 school districts in Colorado that have implemented the Seal of Biliteracy for High School Diplomas.

For more information on the Seal of Biliteracy, click here.