Our students have faced many challenges, especially over the past two years.

That’s why we celebrate their successes, their resiliency, their grit and their many accomplishments. Reaching high school graduation is an important milestone. The journey may not be direct and it may have a few detours, but reaching the destination is significant.

Here are features on a sampling of graduates from each of our non-charter high schools. We wish them - and all our District 6 graduates - continued success and happiness. May all your dreams come true!

Last year, David Galvan woke up in a hospital bed, confused and unsure about why he was there. His parents tried to calm him and tell him about the horrific accident that had landed him in the Intensive Care Unit. 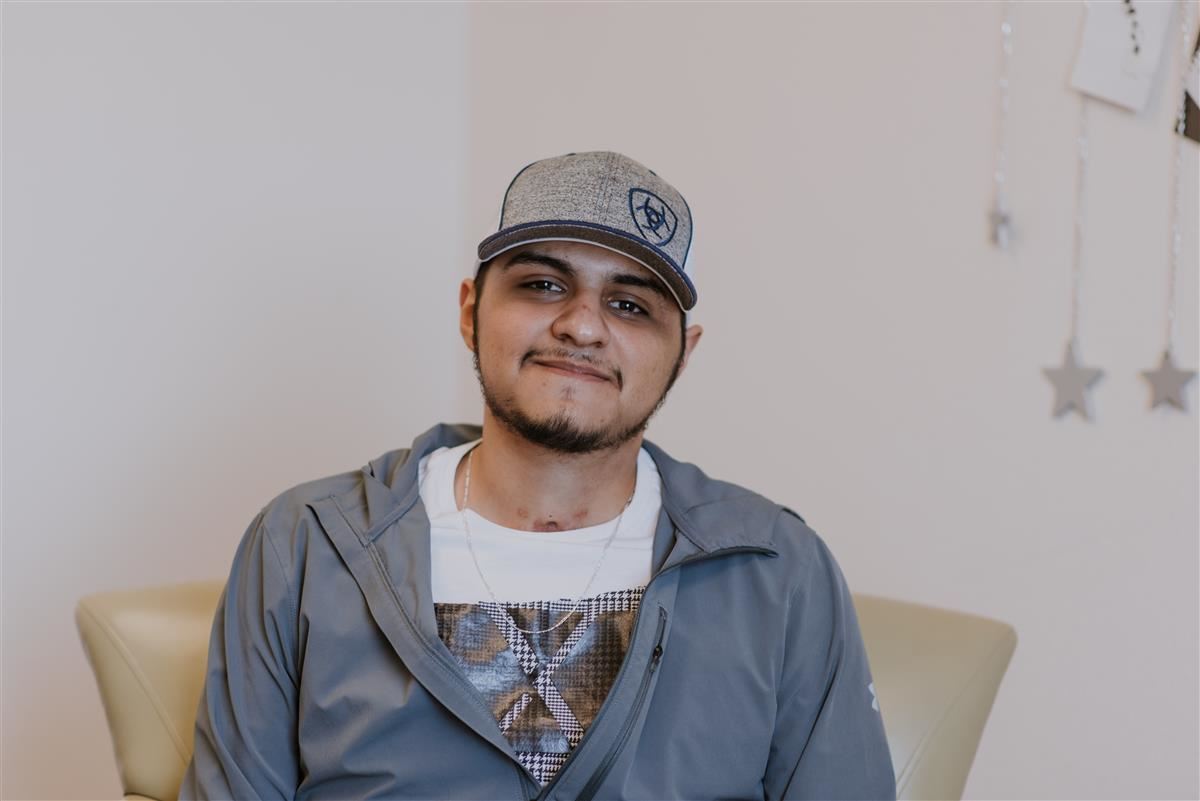 But it was the words uttered by the first doctor he saw that stuck with him.

"A doctor was there, the main doctor that was helping me. He just looked at me and he pointed at me. 'You don't know how lucky you are to be alive. God gave you a second chance,'" he recalls the physician saying.

Galvan, a senior at Early College Academy, and his cousin had been coming home early the morning of November 21, 2021, after Galvin had performed with his band in Denver. He had asked his cousin to drive because he knew he would be tired after playing music for eight hours. They decided to go to his cousin's home in Hudson to rest before Galvan returned to Greeley.

The two were driving on a county road when they saw a semi-truck ahead that appeared to be stopped in the lane. Its hazard lights weren't on, but Galvan and his cousin assumed it was having mechanical issues. They approached slowly and his cousin decided to signal and pass the truck.

As they passed, the semi turned to the left, striking and crushing the passenger side of the vehicle where Galvan was sitting. He sustained massive head injuries.

Galvan found out later from medical personnel and his family that he wasn't expected to live, or at least wasn't expected to have any quality of life, due to the seriousness of his injuries. Although he still suffers some short-term memory loss and speech issues, he is back in school and ready to graduate just a few months after the accident.

"Right now, this whole side of my face is titanium. I am obviously very glad, thankful to God, for giving me another chance. The injuries were so bad," Galvan said. "I guess I wasn't supposed to be communicative at all, so I am extremely grateful nothing bad happened. It's just the little things."

With the rigorous college-level courses students take at ECA to earn an Associates Degree and a high school diploma, Galvan had some catching up to do when he returned to school. Staff at ECA have helped him finish his classes so he can get his high school diploma with his classmates. He won't get his Associates of Arts degree this semester, but he will try to finish his degree this summer.

Galvan's real passion is music, a love he inherited from his father. Although his dad didn't have resources to learn to play music, he has an incredible ear, even the ability to pick out flaws on recordings that Galvan can't hear.

His grandfather gave him a small keyboard when he was eight years old. In fifth grade, he joined a music program and signed up to play the alto saxophone.

Galvan got his first job with a band in 2012, and has played with various bands ever since. He is currently playing keyboard with Banda Villanos Show from Denver, a band that plays traditional Duranguense music. He hopes someday to become a professional sound engineer.

"I want to be the guy who controls all the sound in a big concert or record songs for groups and bands. I am definitely planning to be a sound engineer," Galvan said."Music is my life. I honestly don't know what I would be doing or who I would be if it wasn't for music."

Galvan has a positive attitude, and is so grateful for those who have supported him, especially his father, mother and two siblings.

Now, he is ready to graduate and begin a new chapter.