"Emma Johnston has formed herself into a standout member of the GCHS softball program. Since early January, Emma has dedicated herself to training to be an effective pitcher for the Wildcats. This paid off for the Wildcats with multiple wins against conference opponents including a no-hitter. Emma is also a standout student carrying a 4.14 cumulative GPA while also taking multiple AP and  Aims courses. We are proud to call Emma Johnston a Wildcat." - Sean Miller, Head Greeley Central High School Softball Coach 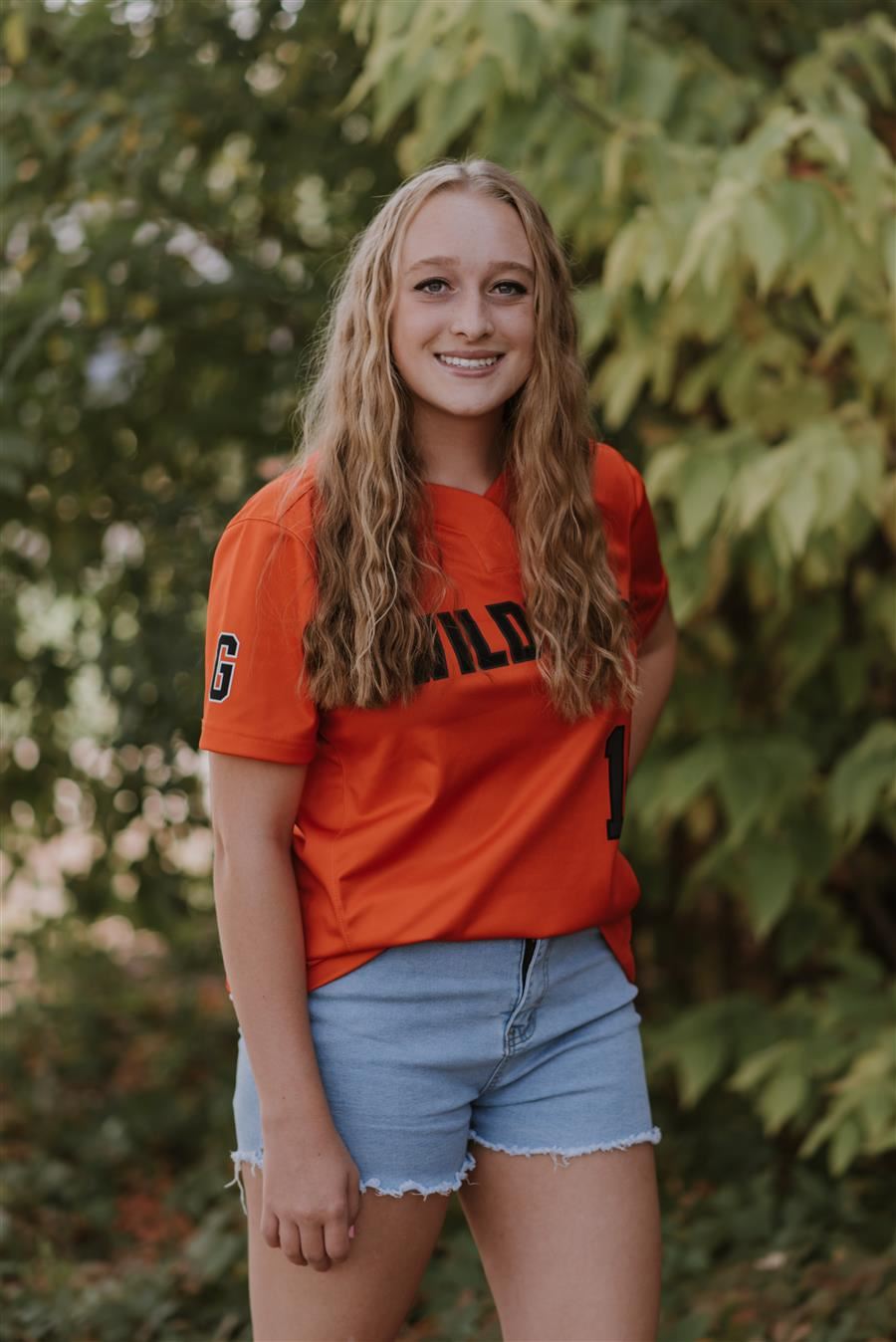 Position(s): Pitcher; wherever they need me

What are some of your most memorable athletic accomplishments?

Pitching my first no hitter and striking out at least 1 person in almost all the games I pitched in. Along with getting a girl out at home during my last game of this season.

What are your goals for this upcoming season?

To continue improving my pitching to the point that I strike out more people along with gaining more confidence as a hitter.

What is one lesson you have learned from playing high school sports?

I have learned how important teamwork is. without my teammates' constant support, I wouldn't have gotten where I am today, and I wouldn't have reached all my goals for the season. They also helped me come out of my shell and step into a leadership position.

What are your career or college plans after you graduate high school?

I plan on becoming an occupational therapist. I am planning on going to a 4 year college in Colorado and majoring in Kinesiology. Then going out of state for an OT graduate program.

What is on your Pre-Game Music Playlist?

Everything, mainly inspirational songs about confidence and never giving up. Occoasionally, I will just close my eyes and listen to classical music as well.

What is your go-to Pre-Game food?

Apples and crackers. It became a habit to pack a whole apple and stack of crackers that I would nibble on before, during, and after the game.

Last show you binge-watched on Netflix?

The Great British Baking Show. I want to be able to bake like them someday.