An Acquired Brain Injury (ABI) is any type of damage to the brain acquired after birth. ABIs are classified as either:

· Non-traumatic – caused by either an internal or external source, such as stroke, brain tumors, infection, poisoning, hypoxia, ischemia, encephalopathy or substance abuse.

· Traumatic Brain Injury (TBI) - a blow or jolt to the head or a penetrating head injury that disrupts the function of the brain. Not all blows or jolts to the head result in a TBI. The severity of such an injury may range from “mild,” i.e., a brief change in mental status or consciousness to “severe,” i.e., an extended period of unconsciousness or amnesia after the injury. A TBI can result in short or long-term problems with independent function.

Concussion is a traumatic brain injury that alters the way your brain functions. Effects are usually temporary, but can include problems with headache, concentration, memory, judgment, balance and coordination. In the Fall of 2004,Jake Snakenberg was a freshman football player at Grandview High School. He likely sustained a concussion in a game the week prior, however, he did not fully understand that he had experienced a concussion and he did not report his symptoms to anyone. One week later, Jake took a typical hit in a game, collapsed on the field and never regained consciousness. Jake passed away from “Second Impact Syndrome” on September 19, 2004. 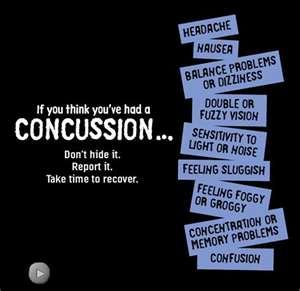 On January 1, 2012, the ‘Jake Snakenberg Youth Sports Concussion Act’ became law making Colorado one of the dozen or so states to enact legislation. The bill requires that coaches receive education about concussion, that a student athlete is removed from the field of play if a concussion is suspected and that the student be signed off by a healthcare professional before returning to play.

The REAP Project is a TBI Trust Fund Education grant between Rocky Mountain Hospital for Children/Health One Emergency Departments and four school districts. The REAP Project is the culmination of a study funded by the Center for Disease Control (CDC) from 2004 to 2007. The results of the study were enlightening… the researchers found that the two most essential factors to good concussion management are: Education and Collaboration – essentially, good communication between a School Team, a Family Team and a Medical Team. As a result, the REAP Project has compiled all of the lessons learned into a manual to promote a Community-Based Approach to Concussion Management.