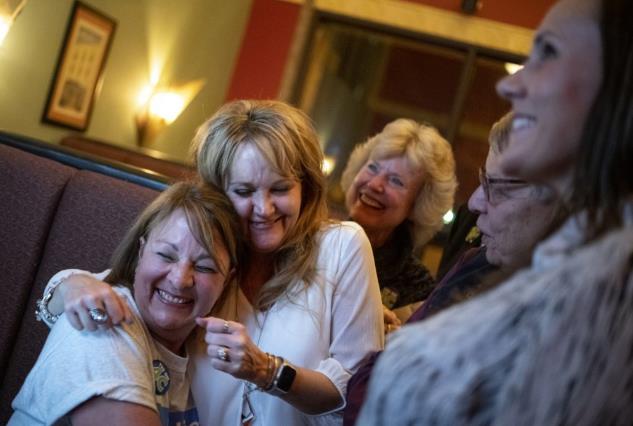 Greeley-Evans School District 6 celebrated a victory at Tuesday night in the $395 million bond measure 4C, as the yes vote eventually won with a 54.54% vote.

“We knew it was a big lift, and we are so appreciative of our voters and our community for stepping up,” said a confident District 6 superintendent Deirdre Pilch Tuesday night.

The bond measure will raise money to pay for a full teardown and rebuild of Greeley West High School and Madison Elementary, the construction of a new K-8 school and significant expansion to S. Christa McAuliffe K-8, among other major renovations and improvements.

“We are so thrilled and relieved,” Pilch said. “We know this is heavy in Weld County, we get it. We get we are in a tax-adverse community, and we have a lot to prove to our voters, so to see those numbers come in was a tremendous relief. We are so appreciative and grateful and really happy for the kids in District 6. This is about students.”

The requested number of $395 million came after an independent assessment returned $1 billion in capital improvements, renovations and reconstruction needs. The number was winnowed down to what was requested by a Facility Master Planning Committee after several months of discussion.

The bond measure is the district’s first request of any substantial amount in almost 20 years, and by far the largest ever requested by District 6.

It is notably different from the mill levy override, which was approved in 2017. While both collect funds through property taxes, the mill levy override can only be spent on personnel, curriculum and other inside-the-classroom expenditures. Bonds are required for significant building projects.

Cuyler Meade is the public money reporter at the Greeley Tribune. Reach him at 970-392-4487 or cmeade@greeleytribune.com, or follow him on Twitter @CuylerMeade.